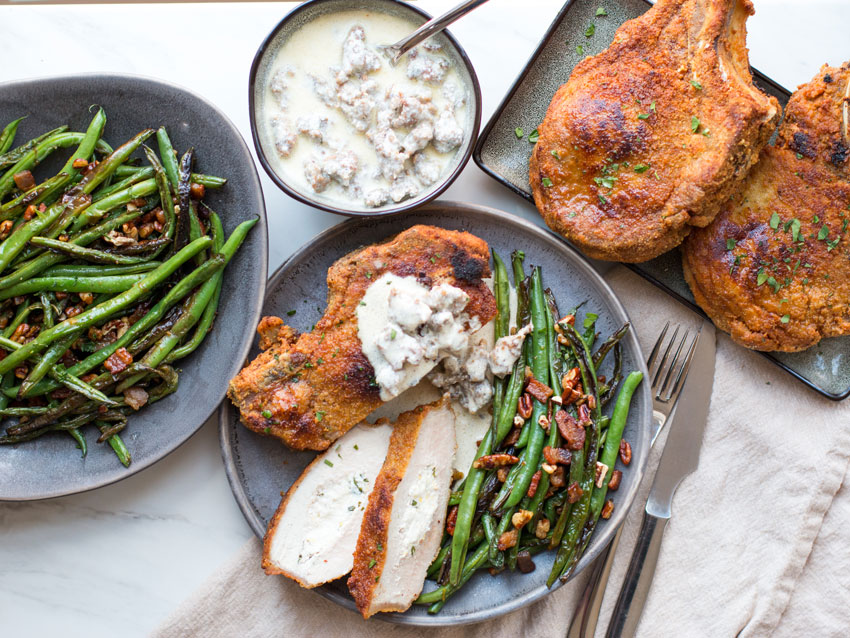 It was time to bring you guys an epic fried pork chop recipe that was also keto friendly. I wanted to make a classic southern comfort dish, but do it low carb and huge on flavor. Just look at those massive bone-in, thick cut pork chops stuffed with ricotta cheese and topped with sausage country gravy. Giddy up!

I thought it would be neat to stuffed these thick cut pork chops with ricotta cheese that is seasoned with lemon zest and parsley. It’s not a gooey melting cheese, but it is so darn creamy and once it’s is heated up, the flavor and texture is like creamy butter in your mouth. If you want to buy thin cut pork chops, you can actually skip the oven and fry from start to finish in the pan.

If you plan on using thin cut pork chops, you might not be able to stuff them because there won’t be any room to make a pocket. Instead, you can top the pork chops with the ricotta filling when they come out of the fryer and then pour the gravy over that. Oh, so naughty.

I wanted to make these pork chops low car and keto friendly, so I dredged them in seasoned almond flour. The key is to treat the almond flour the same as all-purpose flour, which means you need to season it so the coating has a nice flavor. I can’t stand when recipes don’t call for seasoned flour. Do they not like flavor!?

Once the pork chops are fried, they are smothered in a country sausage gravy that is full of flavor. Normally I would use some flour to thicken the gravy, but to keep this keto, I just cooked down the cream mixture until it was thick and gravy-like, but you could also add a big dollop of cream cheese to thicken the gravy. I actually would have preferred to do that.

What respectable southern fried pork chop dinner is not served with a side of green beans!? But I wanted to take my bean game to the next level by charring the green beans and tossing them with a bit of bacon and pecans because everything is better with bacon.

Make sure to also check out my keto burrito bowl recipe featuring pork chops with an al pastor marinade, so darn tasty! 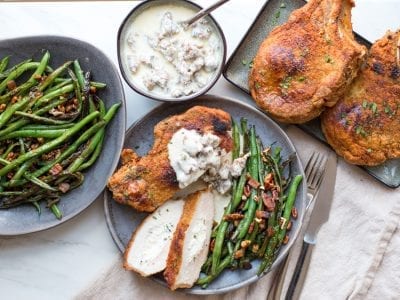 For the pork chops:

For the green beans: 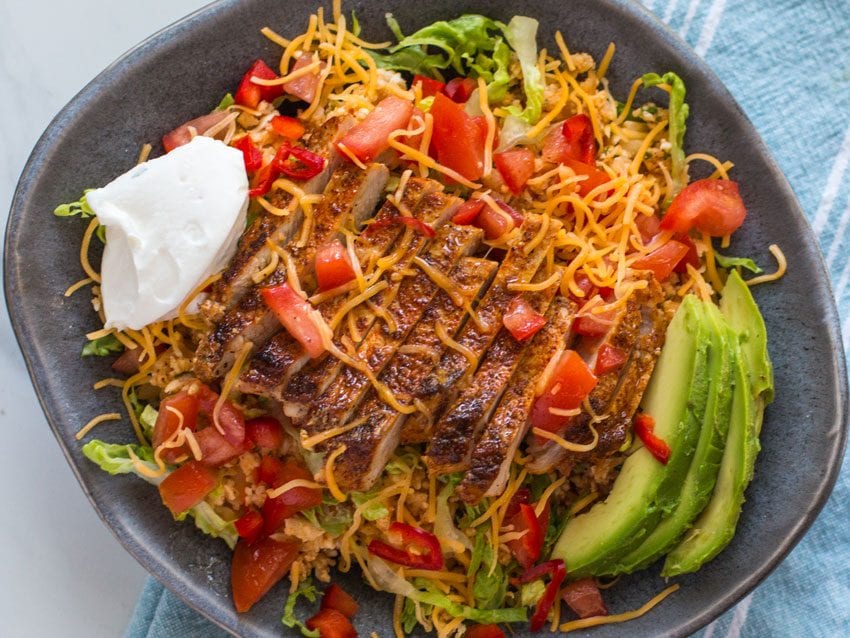 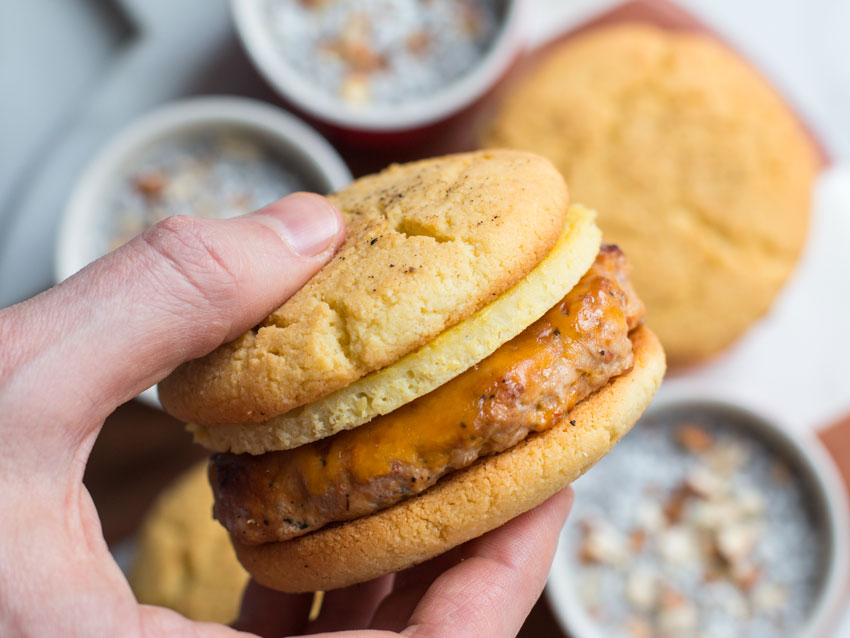 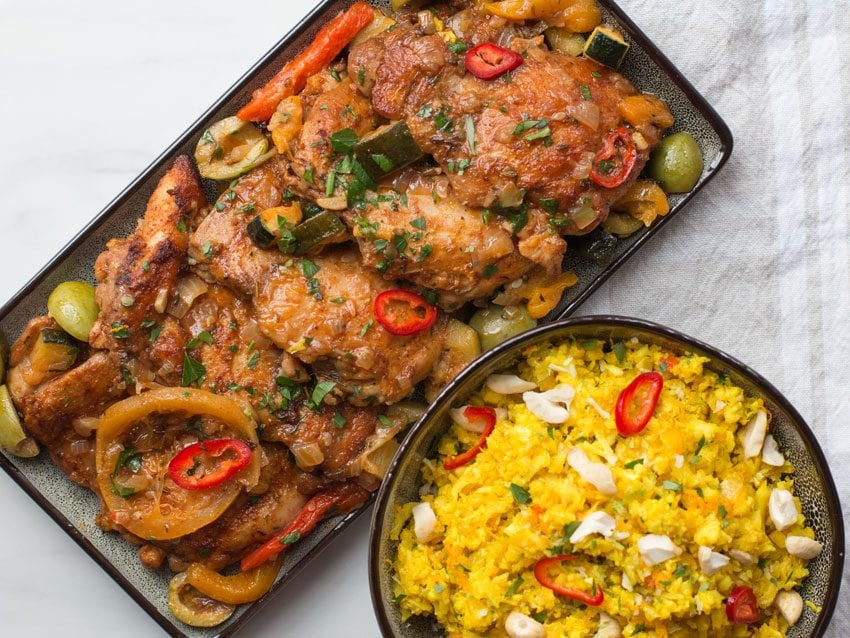