I've got 3 baked spaghetti squash recipes that are healthy and easy to make. I'll show you the best way to cut and roast the spaghetti squash, and even how to figure out the carbs. 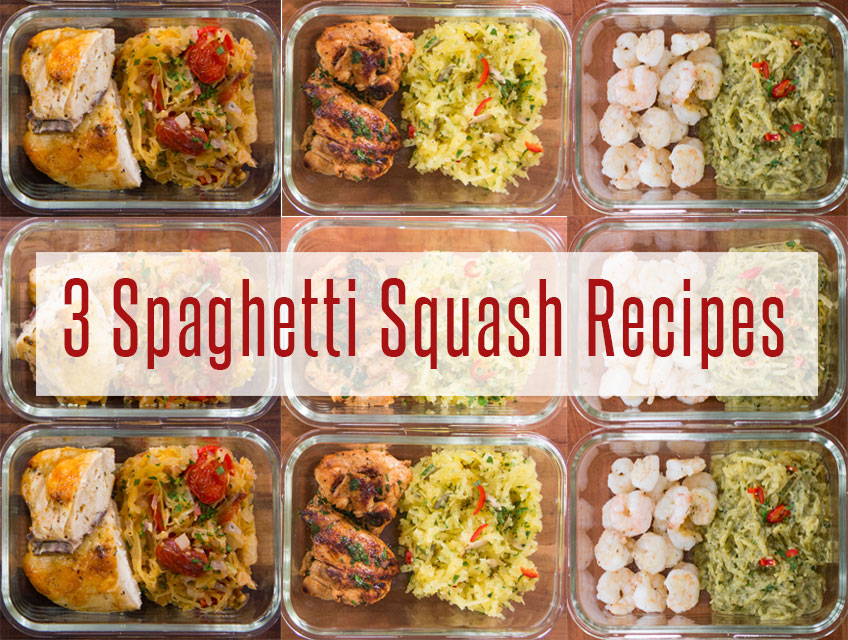 How To Cook Spaghetti Squash

The best way to cook spaghetti squash is to bake it in the oven. First you will need to safely cut the spaghetti squash in half lengthwise, watch the video in this post to see how I do this. To avoid cutting yourself, place an 8-inch chefs knife running the long way of the squash and use a rolling pin to tap the knife through. Spaghetti squash is very hard, so you don’t want your fingers anywhere near the knife while chopping it.

To cook the spaghetti squash, preheat your oven to 400 degrees F and scoop out the seeds of the squash. You can save those later for roasting, just like you would pumpkin seeds. Season the inside of the spaghetti squash with a good shot of olive oil, generous pinch of salt, and a few cracks of pepper. Roast in the oven for about 75 minutes or until the spaghetti squash can easily be pierced with a sharp knife. Let cool at room temperature for 10-15 minutes before attempting to rake the strands of squash out with a fork. Otherwise it’s just too darn hot to handle.

How Many Carbs In Spaghetti Squash

This meal prep recipe makes 5 servings for the week and features juicy bone-on and skin-on chicken breast baked in the oven with a yummy Greek marinade with lots of olive oil, lemon juice, and herbs. That is paired with baked spaghetti squash tossed with plump roasted cherry tomatoes, sweet fennel, red peppers, good extra virgin olive oil, and herbs. This meal prep recipe is keto friendly and perfect for losing weight without sacrificing flavor! Get the Spaghetti squash recipe here.

Can You Microwave Spaghetti Squash

You can only keep cooked shrimp and most seafood in the fridge for 3 days, so either make more after day 3 or freeze some. The spaghetti squash is roasted in the oven with olive oil, pulled into strands, and tossed with a homemade ricotta pesto sauce that is creamy and fresh. It’s a great low carb meal prep recipe for the week. Here’s the full recipe for the Spaghetti Squash Pesto with Shrimp.

I love how simple this meal prep recipe is. The spaghetti squash is baked in the oven with salt and pepper, and then tossed with grated Parmesan cheese, herbs, lemon juice, and sliced chiles. It’s served with yogurt marinated chicken thighs with a delightful spice crust and an easy pan sauce. This meal prep is low carb, healthy, and will hook you up with 5 servings for the week. Here’s the Roasted Spaghetti Squash and Yogurt Marinated Chicken recipe.

Check out more of my fall inspired recipes and meal prep: 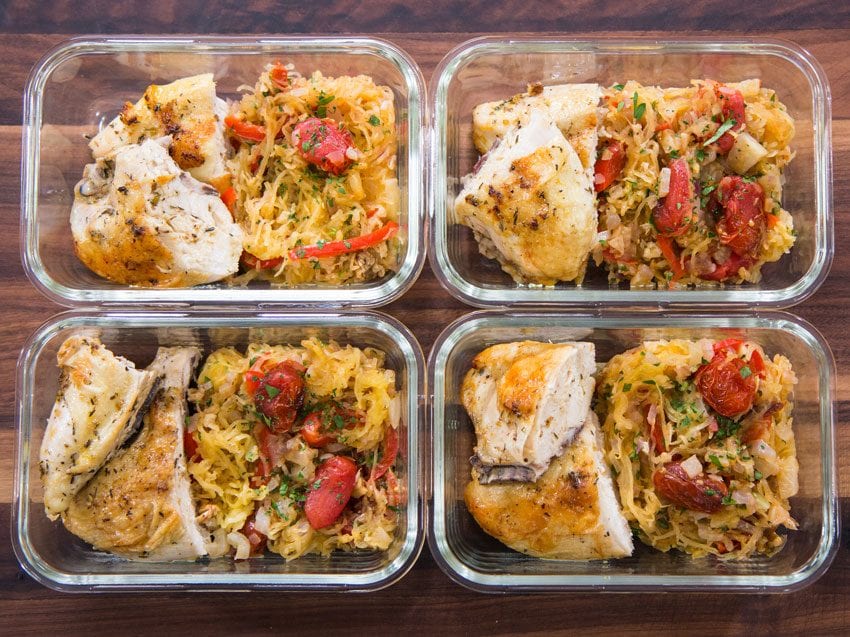 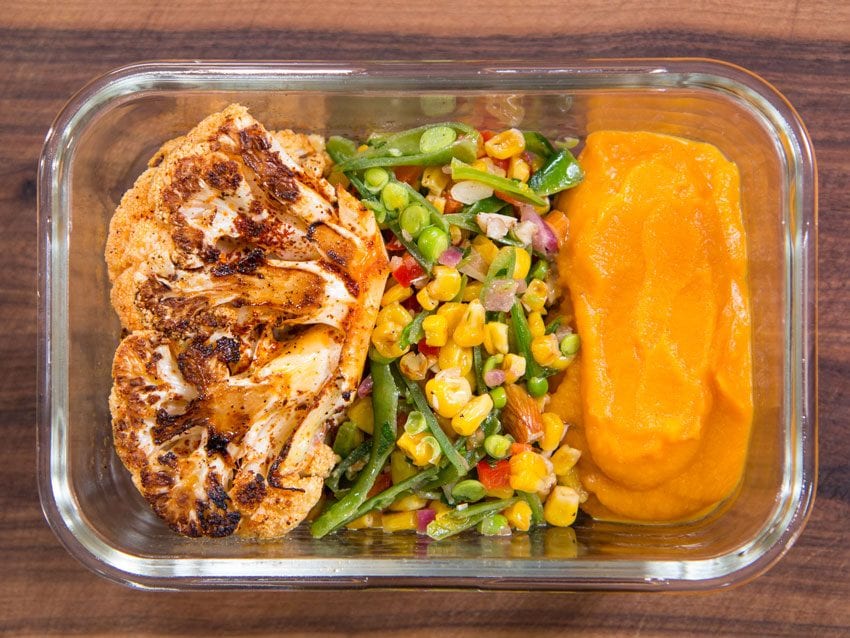 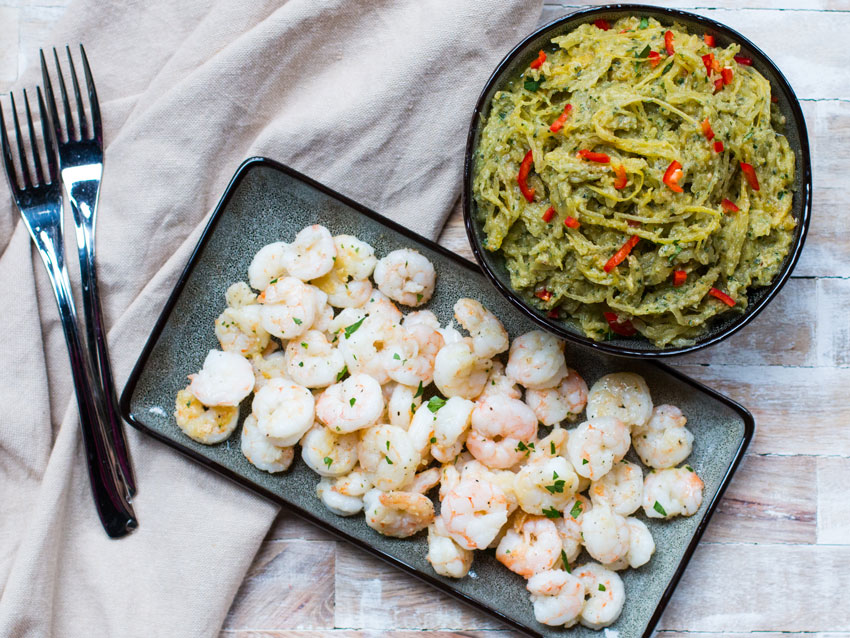 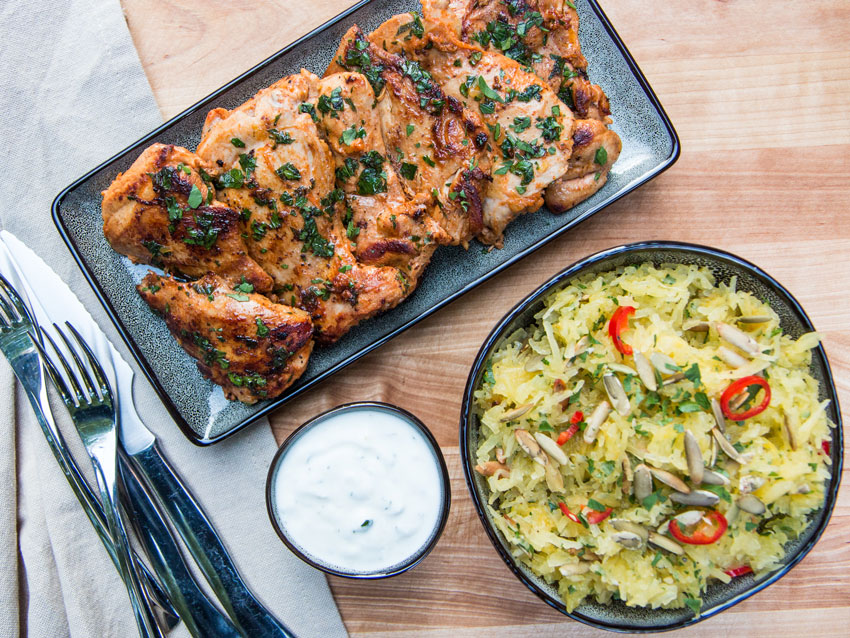